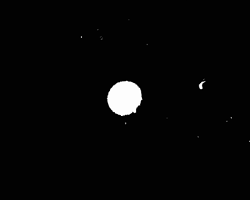 The analysis of gunshot residue is performed using dedicated software which ensures fast, reliable and fully unattended analysis. The Eastern Analytical software also identifies other indicative particles similar to the large amounts of Lead (Pb) particles from the bullet. These include Titanium (Ti) and Zinc (Zn), which are found in lead-free ammunition. Other environment-related particles can also provide additional information about the subject. The steps to perform an analysis are as follows: